People in general don’t easily allow you to let go of your past. Many in adversity think it better to leave all traces behind, yet there are some parts of the past you should endeavor never to forget. In the passage just as in life Paul asked, and we can ask God to remove the hurt, the sting. Believing this would make us a more effective, if not credible witness. However God responds, “My strength is made perfect in weakness.” 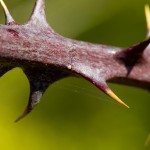 We then counter that healing and deliverance are both incredible testaments to God’s power at work. Our weaknesses however are the more incredible. They exist and are a subtle reminder, or in some cases, a not so subtle reminder that we are not the source of the power. This thought should keep us grounded and focused on working toward and accomplishing the mission of God’s will.
This point though stirs a thought in me. Because of his history Paul had to face these things, questions, throughout his ministry and especially to begin his ministry. Yet he never allowed them to stop him.

As exampled in Acts 9:13-15; being called directly from God, and made humble. Paul had to face the question of his reputation before he begins the work of his calling. There is a similar test many Christians face.
Before you begin, move forward, in the promise and plan of God; there has to be the showdown. The point where you face the truth before the people; not as much to embarrass you; but to remove a major stumbling block to your effectiveness. Your peace and comfort with the past.

Having faced this, uncomfortable situation I’m sure, Paul could now move forward as called by God. Without the baggage of having his past representing an impediment to the progress.
Consider it from this perspective; if I’m worried about my past being revealed then my witness is in essence tainted by fear – rather than effective by overcoming.
Furthermore, consider Paul knew of his handicap, and having prayed God too knew Paul’s discomfort with his handicap. Yet God deliberately chose not to heal Paul. The question of why?
God addresses him, “my strength is made perfect in weakness.”
Our weakness is the one road that proves His grace to people who believe God to be afar off. It may not be comfortable, it may not seem comforting – But please understand. God’s Witness is best demonstrated when we aren’t being exalted of ourselves or by others.

← Some Things are worth Waiting For
A Natural Spring → 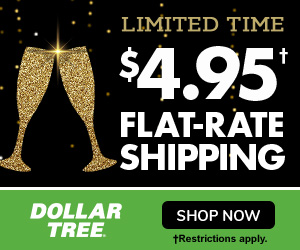 VitaLiving – Cheap Vitamins & Supplements. New Customers Use Code WELCOME to get 5% OFF